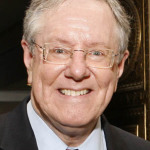 Recently, Rachel Mills of Birch Gold Group had the privilege to sit down with investment and finance icon, Steve Forbes, to discuss his thoughts on the current national economy, how the Federal Reserve and its policies are handling the currency crisis, and how gold is the answer for long-term economic stability.

Steve Forbes on the Currency Crisis

It comes as no surprise to anyone with the slightest amount of interest in the U.S. economy that we are facing a currency crisis. Even as the Federal Reserve tries to end its money printing program of Quantitative Easing, Forbes described why trouble still looms: “The Fed will stop the Quantitative Easing, but what is disturbing is that they are going to still keep all the bonds that they bought. They’re not going to let them run down, which is now going to be about, when October rolls around, four and a half trillion dollars. So the Fed is still sinning, and those excess reserves are still an overhang and they’re still working to undermine the dollar, openly.” This leaves consumers in a precarious financial position to prepare for their future.

When Rachel Mills of Birch Gold Group asked Forbes to elaborate on his publically-proclaimed views of investing in gold, the CEO described gold as “insurance against the economic malpractice” that the Fed is confronting Americans with today. Forbes continued: “Gold maintains its intrinsic value better than anything else on Earth, and that’s for 4,000 years. And when you see the dollar price fluctuate around gold, that means the dollar is either weakening or peoples’ perceptions about the dollar are changing. So for 180 years this country, the United States, had the dollar fixed to gold, worked pretty well. Certainly has worked better than the floundering we’ve had since”.