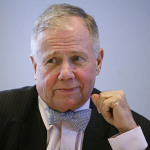 Birch Gold Group recently sat down with legendary investor and author Jim Rogers to discuss the current state of affairs with the Fed, the devaluation of currency, the currency wars, and how gold as an investment is a saving grace for those concerned about their financial future. Rogers has had a track record of predicting various economic collapses, and in our recent interview, he sought to explain the dangers currently faced by the national economy.

The Maxims in Smart Investment

Jim Rogers claims that the “secret” to his success is really no secret or genius innovation; it is based on common sense and trust in independent thought. Throughout his career, he has held true to two main beliefs which have never steered him wrong:

Jim Rogers knows that just because the Fed promises that all will be okay, we may need to prepare for the worst before things improve: “We’re all losing in currency wars. How long can it go on? Well, it can go on as long as politicians can continue to print money. The problem is, of course, eventually the markets will just say, ‘We’re not going to play this game anymore’ and we’ll have a serious collapse”. If we do indeed experience a collapse due to a currency shutdown, what do we do to prepare?

When asked about a potential safeguard for all of us waiting to see how the Fed manages our economy, Rogers advocates investing in gold: “Everybody should own some precious metals as an insurance policy”. For those who don’t have gold now, “he urges them to go buy something.” He adds, “I’ve owned gold for many years, I’ve never sold any gold and I can’t imagine I ever will sell gold in my life because it is somewhat of an insurance policy”.