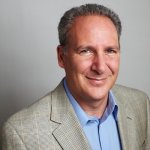 , CEO and Chief Global Strategist of Euro Pacific Capital, recently sat down with Birch Gold Group, a leading dealer of precious metals, to discuss vital issues about the impending “dollar bubble” and investment in gold. Schiff is one of the investment industry’s most renowned financial commentators, appearing as a guest on various news shows on CNBC and Fox News, and also hosts his own radio show. Who better than to help us better understand the future state of global currency and the importance of protecting your savings with gold and other precious metals?

The Dollar Bubble and Devaluation

What is the “dollar bubble” that we often hear about? Peter Schiff explains the current impending financial crisis as the U.S. owning currency, but that this currency has no true value-because of our national debt to the global marketplace. The dollar bubble is “global in nature, everyone owns dollars but they don’t really need them. They just use them for trade… The dollar became the world’s reserve currency because we dominated the world financially, economically. We don’t do that anymore. We’re not the world’s biggest creditor, we’re the world’s biggest debtor. We have huge trade deficits, not huge trade surpluses. We’re bankrupt as a nation.”

The Answer Has to Be Gold

Because the dollar is increasingly worth less and less, Schiff urges us to consider what “currency is going to take its place”. His answer is gold. “People should buy gold while it’s still cheap because when gold is remonetized, when it’s once again at the center of the monetary universe, when countries are holding gold reserves as opposed to dollar reserves… Central banks have a lot of gold to buy and the price only has one way to go, and that’s up.” Moreover, Schiff believes that the dollar bubble will ultimately pop, and it will be sooner than later. He added that the economy will be devastated by it, and when that happens, gold will be its replacement.